There is a boulder at the top of a mountain.

It is a big restless rock that at any moment, with the gentle gust of a troubled wind or the subtle rumble of the shaking earth, can start its way down from the peak.

The peak is of such shape that the boulder can move in any direction a random impulse directs it.

Now, this boulder is not so large that a small movement of it cannot be stopped.

Even a gentle child of modest size who gleefully leans into its initial movement can stop this beast from rolling down the mountain.

Once, however, this looming giant gains a little speed, once it sets its course and gathers the momentum of a few feet of gravitational pull, it would take the strength of a well trained person to halt its descent and stop its frightening movement.

What a scary and difficult task, yet one that the strong are able to accomplish.

However, once stopped, a man or woman would find great difficulty in getting this rock back to the top of that peak.

Still it could be done.

Effort, desire, and persistence could reverse the course of that once still and quiet boulder, and drive it back, against all forces of nature, to its restless balance on the top of that peak.

If that boulder, though, alluded all efforts or, alternatively, no one saw its initial movement downwards, and that monster of a stone found its way at full speed hurtling down near the bottom of that mountain, with the inertia and kinetic force of its every screaming atom set on destruction, then no human on earth should be found in its path.

There is a defining moment beyond which it is too late for even the greatest amongst us to intervene.

Pain, suffering, and death would be certain.

This boulder represents our thoughts

All thoughts begin as momentary impulses. Once these thoughts are developed and allowed to steep, to gain momentum and force, they can become near impossible to reverse and set back on balance.

The most valuable and precious of all of skillsets that we can gain is the wisdom to recognize the direction of our thought impulses and, like a child, to gently reverse any thoughts that we do not want to see happen.  We want to learn to reverse negative thoughts while they are still young and small.

– What we dwell on will happen.

– What we fear will manifest.

– What we focus on will become our reality.

It’s all a self-fulfilling prophecy.

The purpose of this blog and coming book is to reveal to you the power of understanding that if you want a life that is centered on fun and beauty, then you have to begin to focus on  fun and beautiful things in your life.

Focusing on what makes you unhappy will lead to a further manifestation of ‘unhappy’ things…don’t do that.  When you focus on the fun, the beautiful, and the positive, you will experience and have more of those things in your life.

We are here to help you on your journey of changing your focus….because once you embark on the journey of controlling your thoughts and what you focus on, you will, in turn, change your life. 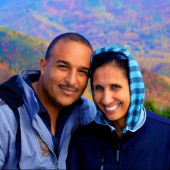 In All Things Be a Child

Working toward my book launch day